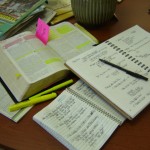 Wondering what Mommy Homework is???

Each week you will have an “assignment” here to share in our comments here on this site. You will love this-both sharing AND enjoying answers by others. Some of them, I compile into an ebook (contributors can resell as a product of their own–be sure to submit your email and full name when you register so I can credit you appropriately!).

The result is AWESOME!

We get to know each other…we are encouraged in our journey…and we glean super ideas from other great moms!

Ready for this week’s MH? This is going to be a FUN topic! 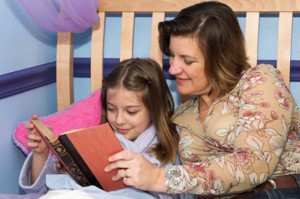 Our topic this week is “Mommy, Read to Me!”

This Mommy Homework is good for TWO things:

2. A Copy of Cindy’s eBook (soon to be released), Language Arts the Easy Way. (Yep, here is another chance!)

Your submission will be included in the bonus goody with that book (that you will also receive in eBook format).

Our Discussion This Week…

Here is what we need here:

Also, a bonus question: Share your Tips for Building a Family Library on a Shoestring Budget (share any details you want to share about how you are making room for books in your home, how you are investing in books, how do you choose books, and any tips for building a family library. I can’t wait to read these!)

This is going to be GOOD! Dig in! Take some time to dig on this one and it will do a work in your heart AND prepare you for our message this week. It is going to be good….

Oh! And, your Mommy Homework entries make you eligible for Mommy Homework Credit. You will be able to use your MHC on future studies, past studies, online audios, ebooks from our ministry. We DO grade on the curve…so, give it all you have got!

PS! Please remember to use your real name if you want credit for your Mommy Homework Credit.

PPS! You CAN just share and not participate in Mommy Homework, BUT I would LOVE for you to get some goodies along the way!

PPSS! Want to check your credit? Here is the newest update: http://www.talk-a-latte.com/ebooks/MommyHomeworkCredits.pdf

PPPSS! If you are new, all you do to share your MH is first register (see the link on the bottom of the page–scroll all the way to the very bottom), then log in with your name and password that you select. Share away!

PPPSSS! Want to redeem your credit? Read our instructions here:http://www.cindysdesktop.com/?cat=81